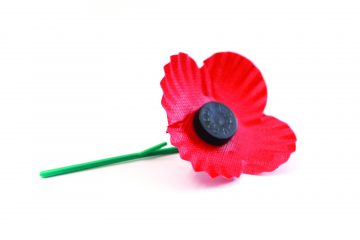 The remembrance poppy has become the defining symbol of reverence for the millions of soldiers who lost their lives in conflict. In the present day the ‘poppy appeal’, organised by The Royal British Legion, takes place in the weeks leading up to Remembrance Sunday, which occurs on the Sunday nearest to Armistice Day. The poppy appeal raises money for those who have served or are currently serving in the armed forces and have subsequently been affected physically, mentally or economically by war. The history of the poppy as a symbol of respect for the war dead is now almost one hundred years old. Since the appeal’s inception in 1921, the poppy has become an international symbol of remembrance for those who have given their lives defending their respective countries.

The history of the poppy as a symbol of remembrance is not as clear cut as has been previously assumed. The first use of the poppy as a metaphor can be traced back to the Napoleonic wars of the early nineteenth century, rather than the First World War. Although it is commonly assumed that the origin of the poppy as a symbol is derived from the devastation of the First World War, there are several anonymous documents written during the Napoleonic wars which noted that following battle, poppies became abundant on battlefields where soldiers had fallen. These same sources drew the first documented comparison between the blood-red colour of the poppies and the blood spilt during conflict. Scarlet corn poppy growth is aided by massive disruption in soil and thus the devastation of the natural environment caused by the Napoleonic wars saw fields littered with corpses alongside bright red poppies. In English folk tradition, the poppy has long symbolised sleep and death. Similarly in Holland a common folk belief persists that children should avoid picking poppies as it is believed it will give them cancer. Thus the symbolism of the poppy as a physical commemoration of war dead actually predates the First World War. However it was not until after the First World War when the poppy began to gain the ascendancy as an international symbol of remembrance and charity.

Perhaps the most famous war poem of all time, In Flanders Fields was written on May 3, 1915 by Canadian born Lieutenant Colonel John McRae following the death of his friend and brother in arms Alexis Helmer. While poppies remain more popular in the United Kingdom and other commonwealth countries, it was an American, Moina Michael, who can be credited with the first charitable poppy sale. Michael had been working at the YMCA Overseas War Secretaries Office in New York and was so stirred by McRae’s poem that she vowed to pin a poppy to her lapel and swore always to wear one to honour and revere the war dead. Using money she had earned for her work for the YMCA, she purchased twenty-five silk poppies and distributed these to her colleagues. Her efforts did not stop there. Michael continued her effort to have the poppy adopted as a symbol of national remembrance and it was just two years before her dreams were realised and the National American Legion adopted the poppy as the official symbol of remembrance. Thus it appears that the early history of the poppy is deeply rooted in American tradition and is not of European origin.

The popularity of Michael’s tradition grew exponentially as the tradition crossed the Atlantic. Also present at the same conference was a certain Madame E Guerin. Guerin had travelled from France to attend the American Legion’s conference and saw the sale of poppies as a fantastic way to raise money for those children who had been adversely affected by the Great War in France. Guerin was quick to organise a team of French widows who immediately began making paper poppies on an industrial scale which saw sales in excess of one million by 1921. Following the tremendous success of her poppy sales in the states, Guerin sent a delegation of poppy sellers to London in a bid to popularise the appeal in the United Kingdom. It did not take long for this to happen. Both a founder of the Royal British Legion and a veteran commander of British Forces during the Battle of the Somme and the Hundred Days Offensive, Field Marshall Douglas Haig was enthused by the idea put forward by Guerin’s delegates and subsequently his British Legion adopted it almost immediately. The first ever annual poppy day occurred on November 11th 1921, marking the third anniversary of Armistice Day. The poppy outgrew its North American roots rapidly; it was immediately adopted by Canada and Australia in 1921 and New Zealand in 1922.

At this time the poppies intended for distribution in the UK were still made in France by French war widows. 1922 saw the opening of a factory in Bermondsey which employed just five disabled ex-military personnel to produce poppies all year round for distribution in the weeks prior to Remembrance Sunday. The very first official poppy appeal of 1921 raised £106,000, today the Royal British Legion aims to make £25 million annually from the sale of poppies and its factory, now located in Richmond, Surrey, employs 50 ex-servicemen all year round in preparation for the annual fundraising campaign. Importantly, the adoption of the poppy as a symbol of charity has seen the poppy transcend its purely metaphorical and commemorative status and has instead become a physical, palpable object providing financial stability for those affected by war.

The poppy appeal became truly international in nature extraordinarily quickly. It was one of Guerin’s representatives who helped introduce the appeal to New Zealand and Australia. New Zealand is unique in that it does not hold its annual poppy appeal on Armistice Day, but chooses instead the day before Anzac day. Anzac day is the national day of remembrance in Australia and New Zealand originally intended to memorialise the Australian and New Zealand Army Corps who fought in the Gallipoli campaign against the Ottoman Empire in 1915-1916. Astonishingly, over 249,000 poppies were sold on New Zealand’s first poppy day and its popularity persists in the present. Today, Anzac day serves as a day of national remembrance for all Australians and New Zealanders who have served in military conflict. The 11th of November in America is called Veterans Day rather than Armistice Day. Interestingly, the tradition has all but died out in the U.S; yellow ribbon and red, blue and white ribbon campaigns have eclipsed the poppy as a physical symbol of remembrance for war dead and war veterans. Today, three million poppies are sent annually to peoples in over 120 different countries across the globe by the Royal British Legion.

Several variations of the traditional red poppy with its green leaf, red petals and black centre have appeared and represent different approaches to commemorating those who have died in battle. 1933 saw the creation of the first white poppies by the Women’s Co-operative Guild who saw the white poppy as an alternative, representing pacifism and a more genuine desire to end all war. The Royal British Legion refused to affiliate itself with the white poppy as a great number of war veterans saw the initiative as detrimental to the red poppy appeal and believed it undermined the sacrifice of military personnel who had lost their lives in defence of the realm. The white poppy appeal is still active today and is run and administered by the Peace Pledge Union. Another variation on the traditional red poppy is the purple poppy. The charity ‘Animal Aid’ now sells purple poppies to commemorate animal victims of war across the globe. 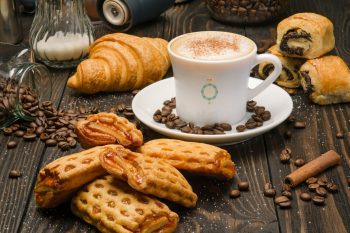 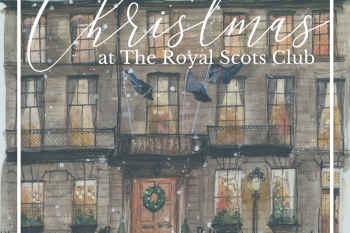 Christmas 2020   It will certainly be a very different Christmas for many this year, but we will be here to help you celebrate with loved ones safely in the run up to it.  We will be offering festive lunches in our Dining room from Monday 30th November until Monday 23rd December between 12 noon […]