Scottish wedding traditions are popular additions to weddings around the globe, not just in Scotland. However, if you are investing in a traditional Scottish wedding venue then it makes even more sense to enjoy all the trimmings of a traditional wedding too. The traditions we’re looking at below incorporates both the sweet and endearing and those which are a little more unusual.

The old Scottish tradition, ‘the Speerin’ is the process of asking a girl’s father for her hand in marriage. As well as simply asking for the girl’s hand in marriage, the prospective groom also had to carry out a series of hurdles, tasks and trials, whatever the father requests, before approval will be granted.

The wedding sark is a traditional gift of a shirt that the bride would present to her groom. In return the groom would pay for the bride’s wedding dress.

Creeling the groom is a tradition which required the groom to carry a creel, a type of large basket, filled with heavy stones. The creel had to be carried around his village until the bride came from her house and gave him a kiss.

The traditional Scottish wedding actually had two ceremonies. In small local villages, everybody would congregate in a procession to celebrate the couple and lead them to church. The priest would then marry the couple in Gaelic. The procession would then head inside the church for a second ceremony in Latin.

The Luckenbooth brooch is a historic Scottish love token. It is usually made of silver and sometimes has glass or crystal elements. The brooch is exchanged when the couple become engaged and is, much like a modern engagement ring, a symbol of their promise to marry. The brooch features two hearts entwined together, with a crown on top.

The wedding scramble is a little like the well-known throwing of the bouquet, except it involves children and coins. The father of the bride does the throwing and he throws a handful of coins for children to collect just as the bride is climbing into the wedding car to make her way to the church.

The Lang Reel in a Scottish Wedding

The Lang Reel used to be the most popular Scottish wedding dance. It involved the wedding party and the villagers dancing together. They would dance through the village and each dancer would reel off as they passed their own home. The reel would continue until only the bride and groom were left and they would have one last dance of the night.

These are just some of the many legends and recognised traditions of wedding culture in Scotland. They may not all be for you but it is fun to look back at what used to be tradition. 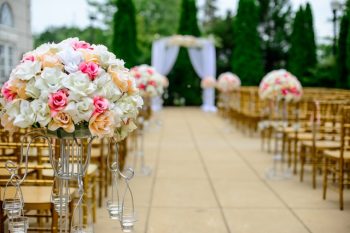 Your Five Point Guide to Choosing a Wedding Venue

Whether you’re newly engaged or have enjoyed a longer time waiting for your big day, booking your venue is a key step in finalising your plans. There are many wedding venues Edinburgh couples and those looking to marry in Edinburgh can choose from but how do you decide which is right for your needs? Before […] 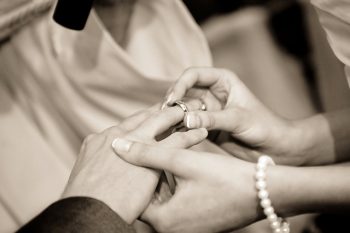 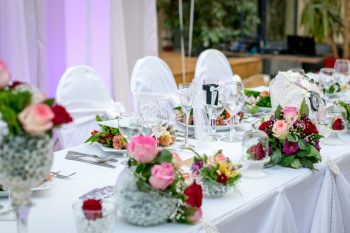 The Modern Wedding Breakfast: Trends to Look Out For